5 Types of Malevolent Entities that May Terrify You on a Ghost Hunt!

Exploring the paranormal, looking for earth-bound souls from the afterworld, and unearthing the mysteries of the past can be extremely exhilarating. But it can also be threatening.

While we build our supernatural adrenaline, we are also predisposing ourselves to some of the perils that could accompany an ethereal experience.  Therefore responsible and seasoned ghost hunters (with a preferred identification of “Paranormal Investigators”) take much preparation to prevent and (oftentimes) divert the power of negative and malevolent beings.

Many ghost hunters are not able to identify what type of malevolent entity they are dealing with. Oftentimes, they may even give all the spectral credit to "A Demon"!  This is not responsible, frightening the participants to horizons they don't need to be in, in turn actually inviting such type of satanic activity to come in. The first step is to understand who/what these entities are. In addition, it is important to identify their purpose and intent for their naughty behavior.

Detrimental entities can come from prior-human or non-human sources.  One type of prior-human entities are phantoms that are unfriendly, sometimes dreadful. It is said, that we are in the afterlife what we were while living. If you were a horrible human being, chances are you will be the same if you decide to make yourself known after you die. There may also be fine human beings, but now are angry for their current spirit-form condition.

These ghosts may appear in a dreadful format, agitated or just plain terrifying. They may even appear with the traumas (bloody and all) as they left their earthly being. Some may be dark or have dark hallowed eyes.  They all share the same look … frightening and angered.

So while seeing a ghost is certainly scary beyond belief, being in a space with a poltergeist is a totally different experience.

Sometimes the dark entity may be in the form of a poltergeist, which is a ghost that is quite physical and destructive. They may push, bite, scratch, or even knock you to your knees. Poltergeists have been known to even throw objects at you. Poltergeists are usually extremely angry and violent non-corporeal entities.

They have the power to lash out and physically interact with our environment. Their energy (and motivation) is stronger than most other phantoms, and their activity is purposeful. Sometimes not with the best of intentions.

Although the word's definition ("Noisy Ghost") implies that a poltergeist is a specific type of ghost, many subject authorities believe they are actually a completely different entity. Some say poltergeists have nothing to do with ghosts or spirits at all. They describe this entity as active kinetic energy that causes physical disturbances.  This could make sense since spirits usually are unable to break through to the physical realm and create extreme behavior. Many define this as unique to poltergeists. Another key differentiator is that poltergeists are not typically able to be seen such as ghosts through an apparition.

Elemental belong to the sphere of the “inhuman” (along with angels and demons.)  Many believe that elementals have been sent to safeguard planet earth, belonging either to the sectors of air, earth, water, and fire. It is believed that elemental spirits possess supernatural powers and are usually invisible to humans, living among the trees, rivers, plants, bogs, mountains, and minerals. They attach themselves to practically every natural property. They are embodied (or appear) by whatever they are protecting.  They may also appear in your home because you intruded on their environment in some way.

While elemental spirits can be very loving, their main objective is to protect nature. From this, they can be playfully mischievous. When they are angered they may be very destructive and cause havoc.  These types of negative elemental hauntings, although rare, do occur when you move into or invade their territory.

Once this occurs these types of hauntings are extremely dangerous and extremely hard to deal with. Some examples that can occur during an Elemental haunting is financial disruption, feelings of extreme depression, fatigue, problems sleeping, or sleep deprivation. You may have uncontrolled arguments with friends and family. These types of entities will move objects or break objects, cause electrical disturbances, or malfunction electrical equipment.

Even though a curse is not a being or entity, it is well worth discussing since it can lead to much disdain and troubles. They should almost seek as much protection as others discussed in this article.  Above all, the resources should be learned on how to handle them (if indeed) you are endowed to be at the recipient's end.

A curse is any expressed wish that some form of adversity or misfortune will befall or attach to one or more persons, a place, or an object. In particular, it may refer to such a wish or pronouncement made effective by a supernatural or spiritual power, such as a god or gods, a spirit, or a natural force. A curse can also be called a hex, spell, voodoo, or a jinx. In many belief systems, the curse itself (or accompanying ritual) is considered to have some causative force in the result.

It could be a spell by magic or witchcraft that is executed by a practitioner to create grief. At times, a curse establish and trap a soul to haunt a property, which can be very disturbing and very frightening.

Demons are defined as "an evil spirit or devil, especially one thought to possess a person or act as a tormentor in hell."  They are commonly feared, for they are widely considered to be strongly insidious and malevolent in nature. Referenced in many sources that are found in folklore, religions, and cultures throughout history and the world, they hold a common ground of being hatefully dangerous.

Religiously, they are classified to be fallen angels or other lower beings. They are said to wield supernatural power for the sake of just being purely malicious and evil. Unlike the other entities discussed here, they don't have an ax to grind, nor do they behave to be noticed. They simply use evil practices for the sake of hurting and torturing. Their power is said to feed on our emotional energy of fear and anger.

While the danger and potential for physical destruction associated with demons can be compared to that of a poltergeist, it's considered much more severe in demonic events. Demons have the power to make themselves very much seen in the human realm, manifesting to us in a physical form. This is usually done in order to try to coax us to commit evil.

What makes them dangerous is that they are very intelligent, manipulative, highly persuasive, and tempting. They prefer to prey upon vulnerable. Folks that are physically weak or emotionally-troubled have been known to fall victim to them. Also the very young that have no clear grounded spiritual beliefs. Demons target people who are desperate for help, depressed, not able to think clearly, or are weak in other ways.

Demons may appear in terrifying forms, with distorted and grotesque features. They are not like ghosts, which tend to have the image of the human they used to be. Now, it should NOT be overseen, that sometimes demons, with the purpose of fooling you, may represent itself in a human form. Deviously, they will present themselves as a human that you would tend to trust, such as a child or a previous departed loved one. They do this to entice and engage with you, creating a bond of trust, later to enter you.

While demons won't necessarily haunt you the way a ghost will, they can do much worse with the power of demonic possession. A demonic possession could an open door of cooperation that is negotiated with a demon. Through his skillful persuasion and deceit, a person could essentially invite the demon in by aligning his will with that of the demon. This is the most dangerous circumstance of any malevolent event.

Knowing the nature and origin of a malevolent entity is vital to preventing its occurrence and (most certainly) ridding it. Here are related articles we published that may be a good follow-up to this one.

9 Signs that May Indicate You Have A Negative Attachment

9 Methods to Ward or Cast Off malevolent Entities

Suggested Reads on this subject... 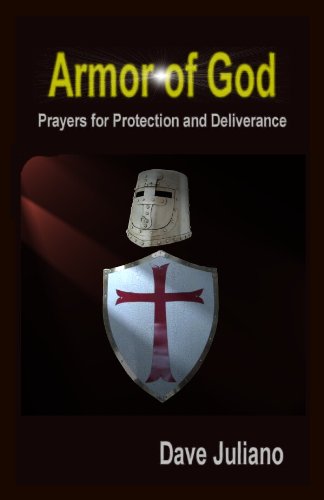