5 of the Most Haunted in Wales: Phantoms of the Cymry!

The phantoms of five of the most haunted places in Wales are eager to tell their spooky stories. Here are our spine-chilling picks from Cymry!

Dating back to at least 1100 AD, this establishment is regarded as the oldest public house in Wales. The main inn dates back to the 17th century. The first floor served as a courtroom where people were tried and sentenced to death. A gruesome tally of 180 offenders were hung from an oak beam right over its staircase, which is right outside the courtroom. Look closely and you will see the markings from the rope that can still be seen on the staircase wood today.

Considered to be the most haunted property in Wales, the Skirrid Mountain Inn probably has more phantoms within its walls than the established (mortal) public capacity. Many people start their ghostly experience by smelling the intense aroma of perfume. Others have witnessed glasses being flung from the table or bar by unseen hands. You may hear the rustling of a lady's long Victorian dress or the sounds of soldiers in their courtyard. Oftentimes, visitors have admitted feeling a noose being tightened around their necks. Skirrid Inn's most famous phantoms are very strong, presenting themselves as full-bodied apparitions. The most commonly spotted is that of Judge Jeffreys. His specter has been seen walking around the first floor, which was his earthly workspace, as a courtroom. Dare to stay in the most haunted room? Ask for Room 3, where you may run into Fanny Price's ghost. It is said that she worked in the inn during the 18th century. She died at the age of 35 from tuberculosis.

This masterpiece known as Castell Coch, is a Gothic Revival castle built in the 19th century. It was the first castle in this are built by the Normans after 1081. This fairytale castle's (as often called) historical integrity remains today. The original furnishings, many of which the Marquess removed in 1950, have mostly been recovered and returned to their original locations in the castle. Two stained-glass panels from the demolished chapel, lost since 1901, were rediscovered at an auction in 2010 and were purchased and returned to the castle.

As reported by some of the servants that work or have worked here, an apparition of a cavalier's phantom will appear to guests in the middle of the night standing at the foot of their bed. The legend has been told many times that the cavalier is said to have hidden treasures inside the walls before he left to fight in the Civil War. As fate holds destiny, he never returned to the castle, at least in mortal form. Now he continues to look for his treasures in his ethereal presence.  Another spooky tale associated with the site is of the old Welsh noble, Ifor Bach, said to have owned the original medieval castle that originally stood on the site. Legend has it he used witchcraft to turn two of his men into stone eagles and entrusted them to guard his treasure buried deep within a castle chamber. Following Bach’s death, two thieves broke into the castle and dug for his great treasure but were foiled by his stone eagles, who instantly sprang to life to destroy the villains.

Originally an abbey during the 11th century, the Gothic-styled castle we see today was built as a Gothic Revival country house was constructed over a period of ten years, from 1830 to 1840.

Over the years this towering Gothic mansion has had many reports and evidence that strongly surpass the typical found in a grand historic property. At nightfall, the castle's security guards have cited hearing disembodied footsteps and voices chattering when no one else is in the building. These minor supernatural incidents cannot rival the intense volume of actual apparitions that are seen in this majestic property. Many of these have actually been caught on digital photographs and can be seen in our detailed listing. The malevolent phantom of Robert Scott is said to be the most active specter in the property. He was a gamekeeper at the house for numerous years.  Legends tell us he was murdered by a poacher and his spirit remains in the property he loved and took care of. He frequently was seen lurking up the main staircase. His angry spirit is quite interactive with guests, for he is thought to be responsible for the more sinister activity here which includes Poltergeist activity such as throwing stones towards guests. Sometimes they will be so overtaken with fear, they may leave the property afraid to return. Folks have even reported being forcibly grabbed by him during Vigils.

A Norman stone castle, Oystermouth Castle was founded by William de Londres around 1106 following the capture of Gower by the Normans. It has sustained, as many of the castles there, much damage and pain. For a bit of a dark and creepy experience, consider going down to the dungeon. Today, the castle’s whipping post still stands there.

Oystermouth is said to be haunted by a wailing "Lady in White" that apparently still has unhealed bloody wounds on her back. Her spirit is said to be wearing a ripped white dress, found numerous times lurking in the dungeon, and a room two flight ups within the great gatehouse. No matter where found, she is heard crying with great despair. Witnesses have all shared the same experience. When found, she will turn around from the witnesses to display her back covered in fresh lacerations – as if she had recently been whipped. Moments later she will dissolve into thin air. Both young children and dogs are reported to have been terrified after seeing her. Her told story is very sad. It tells us that she was a young Irish lady forced to become the wife of the cruel Earl Neville. She wished to be freed of the relationship and had heard of the legend concerning the Wishing Post (which is now considered the whipping post) in the dungeon. She visited the post and walked around it nine times whilst in prayer, just as the legend stated was required in order for a wish to come true. The following day, her body was found lying in her chamber “like a saint, with hands folded on her breast”.

This 13th-century castle and fortress, built by a Welsh prince, is one of the largest in all of Wales. It is known for housing treasures and stolen loot from India in 1832.

The Powis Castle, a 13th-century castle, is a true summit for paranormal activity. One of the most commonly reported experiences has been seeing a mysterious woman that is dressed in black. She is often seen by the fireside in the Duke's Room.  Listen carefully, for you may hear the tinker on the keyboard of the grand piano that is perched in the Ballroom wing ... even when the room is empty and locked! Be sure to be aware, unseen hands may grab you as you walk down the stairs or maybe receive a visitor's knock on the door, with no one on the other side. Sightings of phantoms at Powis Castle date back hundreds of years, with one famous sighting coming from as far back as 1780, which has become its legendary ghost story.   A gold-laced-dressed male apparition appears to a guest once, leading her to all the hidden treasures in the castle. Rumors reveal this is how many of their hidden treasures have been found! 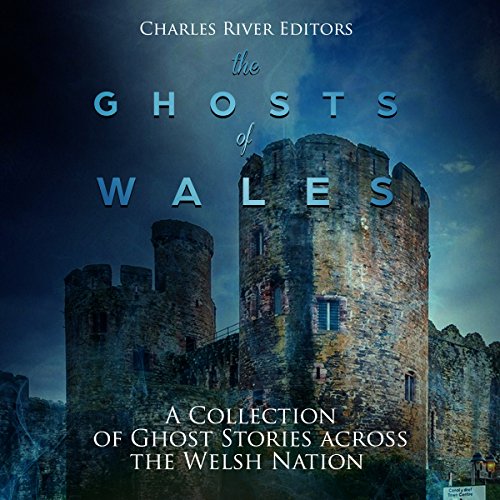 Our sister company, Mysterious Adventures Tours offers an amazing trip to Mystically Ancient Scotland, with an itinerary packed with the most haunted properties in Scotland. Be sure to go and take a look at our amazing 9-day, 8-night tour that we are offering.